A Christmas Call to Shine 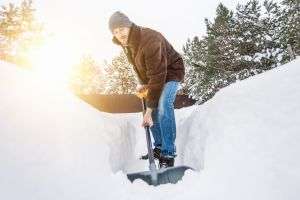 We see it in the images of Christmas: putting up tree lights, magical starlight, the soft glow of candlelight, the cracking of warm firelight. It’s portrayed in Star Wars, “The Lord of the Rings” and “The Chronicles of Narnia.” But as I’ve been preparing my heart for Christmas this season, I’ve been struck with the profound Scriptural theme of Light versus Darkness. It’s hitting intensely because of the harder-than-usual year, where darkness feels palpable due to the pandemic, isolation, resulting depression and uncertainty. Yet through it all, the promise and hope of light seems to penetrate all the brighter!

Scripture mentions light nearly 300 times. From Genesis 1 when “God said, ‘Let there be light,’ and there was light…[and] God saw that the light was good” to the final chapter of Revelation where we are told that the heavenly city “does not need the sun or the moon to shine on it, for the glory of God gives it light, and the Lamb is its lamp. The nations will walk by its light…” The Bible starts and ends with light.

The Christmas story itself weaves in this majestic theme in the appearance of a mysterious, bright star that guided foreigners (the Magi) to the place where Jesus had been born (Matt. 2:1-10) and in the song of Zechariah when he declares, “[By the mercy of our God] … the rising sun will come to us from heaven to shine on those living in darkness and in the shadow of death, to guide our feet into the path of peace” (Luke 1:78-29).

We are Light. And then comes the craziest thing: WE, as believers, are told by Jesus, “You are the light of the world (Matt. 4:14).” He doesn’t say you are like light or that we should try to be light; rather, it’s what we ARE. We have not only seen and received the light of salvation; we are to reflect His light as we’re “transformed into his image with ever-increasing glory” (II Cor. 3:18). Jesus goes on to say that we are like a city on a hill that can’t be hidden. He commands us to “Let your light shine before others, that they may see your good works and glorify your Father in heaven” (Matt. 4:14-16). In these simple verses we find our purpose–our singular, entire lifelong mission while here on earth: to reflect the light of Jesus in order to lead others to Him.

People love to do nice things at Christmas. But maybe what’s actually behind that is the reality that Christmas is the time when Light and Hope were born! Perhaps Someone is stirring us to get active and brightly shine His light in the darkness as a tangible representation of His coming. So, let’s get practical! How can you shine for Him in this season?

Light from a Transformed Lifestyle. Paul tells us in the book of Romans to “put aside the deeds of darkness and put on the armor of light.” He goes on to list a bunch of sins we need to clear out of our lives: drunkenness, partying, sexual impurity, fighting and jealousy (Rom. 13:11-13). John echoes this thought in his book when he talks about not claiming to have fellowship with God (but actually walking in the darkness of sin) but to instead “walk in the light, as he is in the light” (I John 1:6-7). Later in his letter, he states that “anyone who claims to be in the light but hates his brother or sister is still in the darkness; anyone who loves his brother or sister lives in the light…” (I John 2:9-10). Sin makes our light dingy and clouds our witness for Christ. Jesus wants to purify our lives and our light. Keep short accounts and practice forgiveness. Seek reconciliation. Love even when it hurts.

The Light of Generosity. In our materialistic culture, we can easily focus on getting more stuff or storing up wealth. The book of Proverbs redirects our hearts by contrasting the lazy person with the righteous. “All day long [the sluggard] craves and craves, but the righteous gives and does not hold back” and promises, “The generous will…be blessed” (Prov. 21:26, 22:9). When we let go of our selfishness and instead place all of our money, time, energy, and abilities into His hands, our lives become precious gifts, invested for the sake of eternity.

Jesus teaches about the necessity of ministering to the least of these–the prisoner, the poor, the stranger, the sick (Matt. 25:31-46). John warns that if we see others in need but do nothing, the love of God is not really in us and Proverbs warns against closing our ears to the poor (I John 3:17-18; Prov. 21:13). This Christmas, look for a need and meet it. Gather friends and practice socially-distanced caroling to the isolated elderly in your community. Bring a hot meal to the homeless. Write an encouraging note to someone who is sick. Give of yourself, that His radiance may be put on display in your life. “Arise, shine! For your light has come, and the glory of the Lord rises upon you” (Isaiah 60:1-3).

5 Ways to Get Motivated for Exercise

College Visits During the Pandemic