Longing for the Christ of Christmas 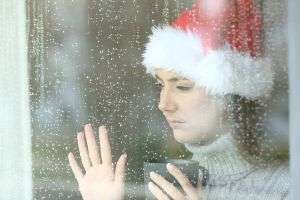 It’s the most wonderful time of year. Or so we’re told. Festive tunes blare through every store as we hurry through our shopping. We attend parties, wear ugly sweaters, eat extra yummy, unhealthy goodies and notice the sparkle of lights on houses everywhere. And yet, all the presents and festivities do not take away from reality, which is sometimes stark and sobering. Just today, someone I know lost his grandpa to Covid, a few of my friends are struggling with depression and this week some neighbors found out their son was sexually abused. It doesn’t feel like the happiest season of all for those in the midst of deep pain.

Sometimes the glitter and flash of the season can seem like a superficial cover-up for the hurt lying just below the surface. As believers, we know of course, that Jesus’ birth brings hope. We understand that the purpose of His coming was to die for our sins. God’s rescue plan, initiated at Christmas, is what bought our salvation, freeing us from our rightful punishment and allowing us to come into right relationship with Him. We now know forgiveness and this message gives purpose to our lives as we share the news of hope. These are definitely reasons to celebrate. But even though our lives are transformed, believers still face sickness, depression, suffering and death. Sometimes the darkness of this world feels heavy and the winter shadows grow long, despite the promise of Christmas. Consider this passage of Scripture, often quoted at Christmas—and especially notice the parts that don’t get quoted:

Isaiah 9:2-6 “The people who walked in darkness have seen a great light; those who dwelt in a land of deep darkness, on them has light shone. You have multiplied the nation; you have increased its joy; they rejoice before you as with joy in the harvest as they are glad when they divide the spoil. For the yoke of his burden and the staff for his shoulder, the rod of his oppressor you have broken as on the day of Midian. For every boot of the tramping warrior in battle tumult and every garment rolled in blood will be burned as fuel for the fire. For to us a child is born, to us a son is given, and the government is upon his shoulder, and his name is called Wonderful Counselor, Mighty God, Everlasting Father, Prince of Peace.”

The In-Between. We leave out verses three through five, don’t we? Who wants to read about “battle tumult” and garments “rolled in blood” at Christmas? This passage is wrought with images of oppression, tyrannical rule and war. Words like yoke, staff and rod all connote punishment. In Old Testament times, God’s people faced one harsh ruler after another, and were conquered and ruled by other nations. They longed for the Messiah to come, bringing promised freedom from tyranny. Jesus’ coming would be the answer to their longings; and yet it was only the beginning of what God had planned…. the initial heavenly touch that would begin to set all things right.

Those in Jesus’ day read texts like these and expected their Messiah to be a political leader and strong warrior, freeing them from harsh government systems that ruled over them, bringing an end to war and fighting. Given our context in history, we’re more easily able to recognize the portions of this prophesy that were fulfilled in Christ’s first coming, as well as the parts that are yet to come. Theologians talk about how we, as Christians, live in the “in between” time… the “here, and not yet.”

A Coming Joy. Though the people of Judah had been unfaithful and turned their backs on God, thereby inciting severe judgement, God’s mercy is seen all through the book of Isaiah like shimmering golden threads, as the Father holds out His hands to a stubborn and rebellious people. The prophet Isaiah paints a glorious picture of the future–not only for Judah, but also for all who believe. He prophesies light instead of shadows and darkness, a multiplied nation instead of one that had historically dwindled, and increased joy, just as there is joy at harvest time when the work has paid off and there is a great celebration over the abundance of God’s provision.

As New Testament believers, we long for the return of Christ who will ultimately and finally defeat our enemies: sin, the flesh, Satan and death. We wait watchfully, with expectation and longing for the coming of Christ on “the last day” when God will show Himself strong on behalf of His people and win the final victory, ruling and reigning as Prince of Peace. In that day, the battle will finally be over—the war against pandemics and political divisions, the conflict within homes, our struggles with broken bodies and minds, and the fight for our souls against the enemy who seeks to kill, steal and destroy. The curse will be no more! We will finally be fully free of all the weights that hold us down and threaten to undo us.

The world tells us to “have a holly, jolly Christmas.” What a glib thought in the midst of the realities of our current state of being. A true biblical look at Christmas is rich, deep and meaningful. It does not deny the reality of pain or suffering; it shows a Savior who enters in. It cries out, “Hold on! The story isn’t over! He is coming again!” The same baby who came to save the world is returning as conquering Hero to make all things right and new!”

Blowing off Steam (and Why It’s Important)

Kicking off the New Year with Mad Time Management