Why Failing Can Be a Good Thing

No, it’s not our goal that you get straight F’s in your classes your freshman year of college, but believe it or not, there are some good things that come forth from failure. 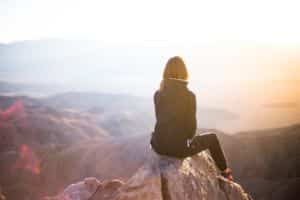 In American culture, failure is often seen as a bad thing—society doesn’t seem to reward defeat, and we don’t talk about “failures of old” as we would with heroes. In college, it can seem like the opportunity to fail is coming at you right and left. From getting into a groove with all your new classes and assignments to making friends with your roommates and starting new extracurricular activities, the chances available for failure seem almost endless.

The thing that’s tricky here is this: failure is inevitable. The key to success, however, is learning how to fail well. If we’re merely focused on how we might fail at something, it will be easy to stay back, keep hidden, and never try anything that won’t result in a positive outcome for us. If we’re all going to experience failure at one point or another, then how can we approach it in a healthy way?

If you decide to push off studying and head out to the movies with your friends the night before a big test, chances are pretty good that you might not do so well on your test the next day (unless you’re a genius, of course). You might feel like your life is over when you receive that test sporting a big fat F, but here’s the thing: you’ve learned a very important lesson. The next time you have a big test in the morning, you’ll (hopefully) remember what happened the last time you pushed studying under the rug.

The same goes for little things that aren’t so painful to us—burning the cookies or forgetting to brush our teeth. We fail and learn in little ways all the time—day in and day out—but if we didn’t take the opportunity to try something, we’d never learn there was an even better way to do something. The great scientists in our history books made discoveries because they tried things and tried again…and again, and again, and again. They didn’t let failure get them down, but instead, bounced right back up and at it again.

Reaching your potential means pushing yourself

If you feel that failure is ultimately the worst thing that can happen to you, you probably won’t feel brave enough to try many new things. You might be curious about trying a new major or traveling overseas or even cooking a new meal; but if the risk of possible failure holds you back, you’ll never know what heights you could’ve reached.

Amelia Earhart said: “Decide whether or not the goal is worth the risks involved. If it is, stop worrying.” Simple as that. Of course, you don’t just want to jump off a cliff without calculating how to safely land at the bottom. Going blindly into dangerous situations is never wise. The point here is that as long as you’ve prepared, practiced, and utilized your skills toward achieving whatever goal you have, the risk of failing is completely worth your efforts.

Bouncing back from failure is key

So, you’ve failed. What now? There’s no doubt about it: rejection is tough, but what separates the successful ones from the herd is their resilience—their ability to get back up and on the horse. Setbacks are a part of life, and if you get caught up in the negative feedback or the shame of failing, it will be that much harder to move forward.

It’s okay to feel sad about whatever caused the failure, but once you’ve wallowed for a little bit, it’s time to move on and forgive yourself. Count your blessings, take some time to think through your next steps, and keep forging forward. Keep trying things, and even if you fail more than once, you’ll soon find yourself succeeding. Maybe it won’t be in the way you thought you might succeed, but maybe it will! Try and try again, and you’ll reap the blessings of your perseverance and bravery.